As a Preserve WV AmeriCorps member, you'll learn invaluable skills that will help you in any type of employment.  You'll gain experience in soft and hard skills and will be immersed in projects that teach you project management, time management, communication, and how to make deals, as well as museum services, research, event planning, and hands-on historic preservation skills.

Potential employers recognize the value of AmeriCorps service. Though your service is not considered employment, the experience you develop through service shows your ability to handle tough tasks, your commitment to seeing things through, and your dedication to working on challenging issues.  In fact, hundreds of employers have committed to recruiting alumni like you through the Employers of National Service initiative (visit https://www.nationalservice.gov/employers for more information and a list of participating employers).

To learn how Preserve WV AmeriCorps service led to the program’s alumni entering graduate school or starting careers, all in related fields, see below. 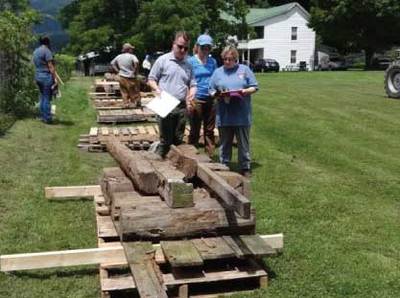 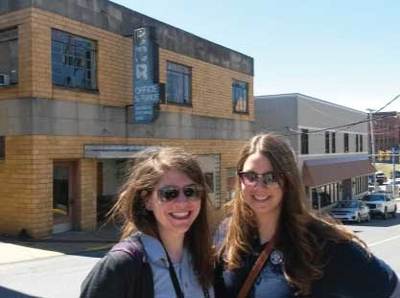 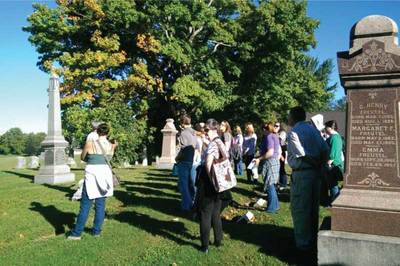 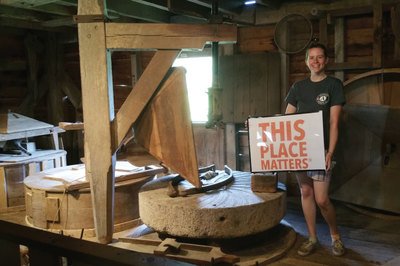 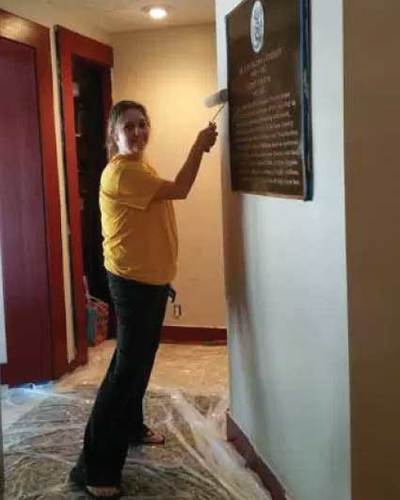 Ian Gray spent two service terms with Preserve WV, serving at Old Hemlock Foundation (2015-2016) and Cockayne Farmstead (2017-2018). After the completion of his second term, he became the Program Assistant at the Royce J. and Caroline B. Watts Museum.

Lauren Kelly served at the Jefferson County Historic Landmarks Commission for two consecutive service terms (2016-2017 and 2017-2018).  Following the conclusion of her second term, she will be enrolled in the master’s program in Historic Preservation at University of Texas, Austin.

Rebekah Valentine served at the Waldomore (Clarksburg/Harrison County Public Library) for one term.  She will be enrolled in the master's program in Library and Information Science at University of Maryland, College Park, following the conclusion of her service year.

Sydney Stapleton served for two consecutive terms (2016-2017 & 2017-2018) at the Harrison County WV Historical Society.  Upon completion of her second term, she will be enrolled in SUNY's Cooperstown Graduate Program for a master's degree in Museum Studies.

​Crystal Wimer served at Harrison County Historical Society and became the Executive Director at Harrison County Historical Society.  She says that she “would not be where I am today if I hadn't joined the Preserve WV AmeriCorps program. After graduating from West Virginia University in 2008, I struggled for years to find a job in public history. I worked as a substitute teacher for Mineral County Schools, and I was contemplating a career change to education prior to my service in 2014. I saw the Preserve WV AmeriCorps program as my best opportunity to reboot my public history career. After joining, I served two years with the Harrison County Historical Society, and I have never regretted it. I gained so much confidence because I was finally able to use my collections managements skills and be a resource for smaller museums in the local area. After my two terms were up, the board and volunteers of the HCHS did not want me to leave because of all of the help I've given them, and truthfully, I didn't want to leave either. Long story short: funds were raised by board members and volunteers to create an executive director position, and I was asked to fill that role in September 2016. I've been grateful for this opportunity to continue my work with the HCHS and do great things for local history.”

Michael Langmyer served at the Historic Shepherdstown Commission & Museum and is enrolled in the master’s in Historic Preservation program at University of Kentucky.

Nikki Lewis served at Main Street Morgantown (2014-2015 and 2016-2017), and she became the Executive Director of Main Street Fairmont.  Nikki states that her time with Preserve WV “certainly helped me get to where I am now. I gained so much experience in serving with Main Street Morgantown that helped in attaining the job at Main Street Fairmont. During my time as an AmeriCorps [member], I was able to travel, meet new people, get involved with projects and organization I knew nothing about. And it increased my ‘real life’ knowledge about nonprofits, grants, historic preservation, and community service. Before my AmeriCorps service, I would have never dreamed of being where I am now. I have a wonderful job I love going to.”

Nikki’s favorite project and success story was the completion of a public arts project – one that, even though small, took all of her two years in service (and as well as years before she started). She explains, “I pushed for public art in the downtown [Morgantown], and we created a project that would artistically cover the ‘ugly’ utility boxes on the side of the road throughout the city. The City of Morgantown owned three of these boxes. We held a contest to display local art images on them through vinyl wraps and worked with a local business to have them installed. It took the organization years to get to that point in the project and took me about 1.5 years to get permission from the city to complete it. I was so very excited the day Stick Co. showed up to install them. I stood there with the worker in the blazing sun, just to watch it completed.”

Cailin Howe served at the Craik-Patton House in CHarleston, and following her service year, she became Exhibits Coordinator at West Virginia State Museum.

Eliza Newland served one term at the Old Hemlock Foundation in Preston County.  She became Collections and Program Manager at West Virginia University’s Royce J. and Carolyn B. Watts Museum.  Eliza said about her time as a Preserve WV AmeriCorps “My AmeriCorps service helped me gain practical, hands-on experience that I would not have gained otherwise. I gained experience managing volunteers, interacting with others in a workplace, creating interpretive tours and volunteer guidebooks, starting and managing an oral history program, and educating children in an alternative setting. As I have moved into my current position at the Watts Museum, I have used those experiences to help me continue to grow and learn in the field of Public History. Going from school to having a job is a hard transition, and my year of service helped prepare me by giving me context for various situations. I understood that it was going to be challenging; settling into a new position and a new supervisor, commuting and getting to work, and simply being there every day.”

Malina Suity served one term at Main Street Fairmont.  She became the Junior Architectural Historian at Skelly & Loy and then became the Marketing and Communications Lead at Lauren Levant Interior.

Rodney Bohner served one term with the Preservation Alliance of West Virginia.  After completing his service year, Rodney enrolled in the master’s program in Historic Preservation at University of Oregon.  He then became the Assistant Planner for the City of Eugene, Oregon.

Samantha Rose served at Main Street Morgantown for one term, and then became the Media and Advertising Manager at Monongalia Arts Center (an adaptive reuse of the 1913 Morgantown post office, and a member of PAWV’s West Virginia Historic Theatre Trail).  Following her service year, she became the Director of Events at Navigators Global. She has since held multiple positions at Navigators Global, and she is currently Vice President of Communications.